I’d say the title pretty much sums up my time in Singapore so if you’re looking for it in a nutshell then read no further.

Thanks for sticking with me!
So we left sunny (ha!) Walsden slightly later than planned at 4.30pm GMT on Sunday and after a slightly delayed flight, which included the slightly disappointing “Seven Psychopaths” and a slight bit of sleep we ended up in Singapore about 7pm local time the next day slightly tired. I couldn’t wait for bed, although this plan was rudely interrupted by jet lag at around 4am which meant I was wide awake five hours before we went down for breakfast. Nice one.
First impressions? I think my first words to my mum were; “Christ, it’s hot”. Words to that effect have been a theme of the trip so far.
Being the brain box I am I decided to ignore my own comments and go on an open-top sightseeing bus in a vest yesterday. Fully under the illusion that I’d covered all the visible parts of my back in lashings of sun cream, I didn’t see an issue with this. As the title suggests; I was wrong. I’d say I’m slightly burnt, but I’m far too proud for that. 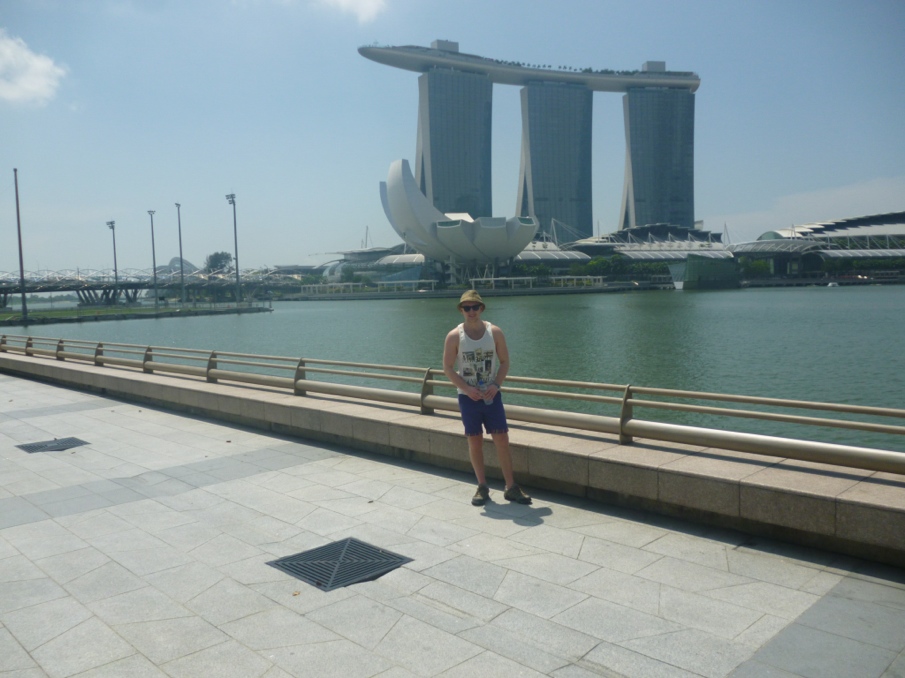 The vest that seemed such a good idea proved to be my downfall!

Seriously though, Singapore has been great. I could quite happily spend much more than three nights here if the wedding didn’t dictate otherwise! You may pick up from reading this blog over time that my opinion of a place can quite easily be swayed by its cuisine. I can safely say Singapore flourishes here.
Perhaps the foodie highlight for me was the curry I scoffed in the Little India part of the city yesterday. Anyone who read my “Travel Flashback” post a few weeks ago will know how much I love a good curry. Well, yesterday’s peppered mutton was up there with the very best and even came close to the buttered chicken I had in Embassy restaurant in New Delhi back in 2010. The fact I was encouraged to eat it with my hands only made things better. A lovely curry + licence to be a bit of a scumbag; what more could a man ask for? 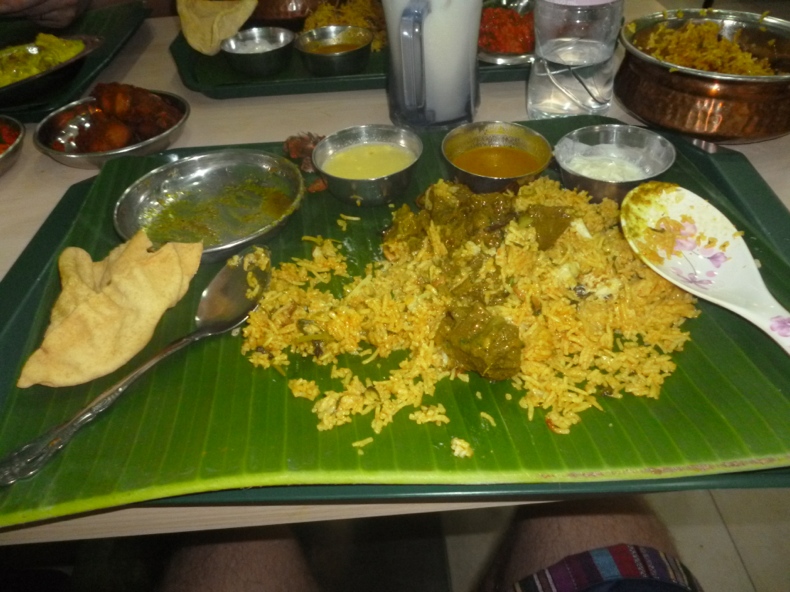 I ate this with my hands. Me? An animal? Nah!

One thing I must mention though is the price of alcohol. Be under no illusions; Singapore is not a cheap place to get boozed up. Granted, our first drink was a “Singapore Sling” in the famous Raffles Hotel which set us back a cool $25+ each, and that hasn’t quite been outpriced yet. It’s not uncommon though to pay $12 or so for a pint of Tiger beer, which works out at about £6. I guess I’d best get used to these prices for when I’m in Australia anyway!

I’m sure it depends where you drink, and Raffles obviously was never going to be cheap! We found cans and “mugs” (tankards) of Tiger for around $4 at Lau Pa Sat food market, as well as fantastically priced food. I went for the chicken rice and green veg in oyster sauce, which was absolutely delicious. It’s weird really, it seems the cheaper meals we’ve had here have actually turned out to be the best. Before you start, that’s not me trying to justify doing things on the cheap either because I’ve not been buying the meals here!
I’ll end this post on a quick observation. Maybe it’s just the areas that we have visited, but it seems to me that every other building in Singapore is either a shopping mall or a beauty salon. Seriously, I don’t think there’s any excuse to be ugly in Singapore. There are so many beauty places and shopping malls to buy nice things. I’ve never seen anything like it.
In fact, driving up Orchard Road today (the city’s main shopping street) I think I counted three Zara’s. Now don’t get me wrong, I don’t mind Zara. I think I may own a top or two from there, but I reckon I leave the shop disappointed 99% of the time. I always seem to walk out thinking; “I swear it used to be better than that”. At no point have I left thinking; “You know what I need? Another two Zara’s to make up for how disappointing that one was!” 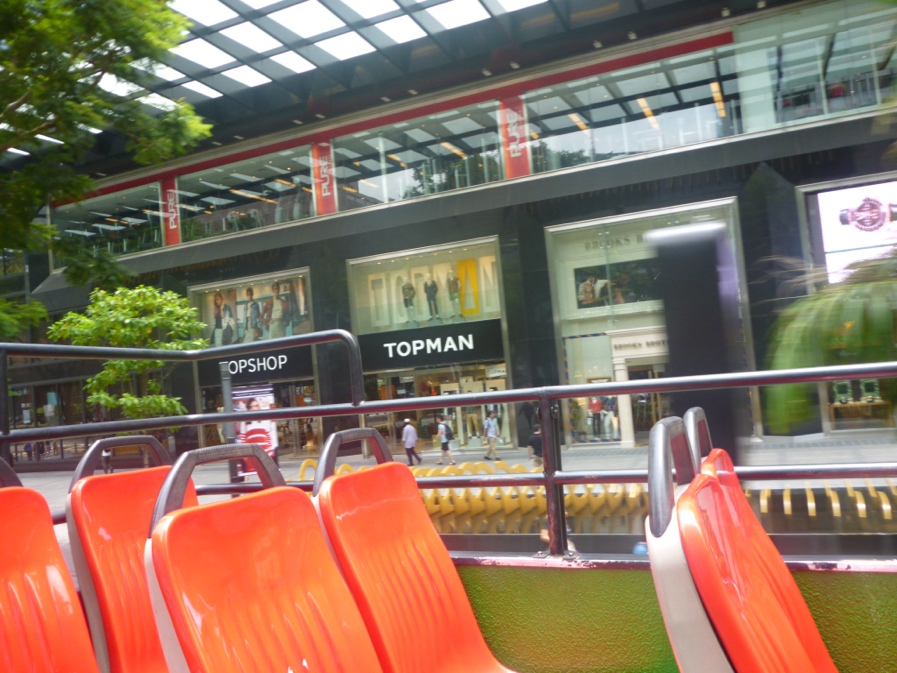 A rare shop on Orchard Road that isn’t Zara!

Anyway, all this food talk is making me hungry. Time’s getting on and I’m shattered, it takes it out of you this travelling lark. I fly to Sydney tomorrow evening, via a trip to the Marina Bay Sands Hotel and hopefully some more delicious street food, so no doubt I’ll be tweeting more pictures throughout the day.
Singapore – it has been a pleasure. Hopefully it won’t be too long until I see you again!
Edited with BlogPad Pro

4 responses to “Great Food, Tiger Beer and a Vest Tan; My Three Nights in Singapore”