The phrase ‘big in Japan’ was invented for a reason, and there are probably many bands that could fall into that category.

As a British guy still living in the 1990s this is particularly handy for me; a number of bands that many people forgot about in the late 90s seem to still be flogging tickets and records in Japan like there’s no tomorrow!

This week it was Kula Shaker’s turn to roll into town and, perhaps a bit giddy after getting back my deposit from my old flat, I handed over ¥7,000 for the ticket a few months ago without really thinking much of it. I seem to go through fits and bursts when it comes to gigs here, as I’ve been to four in the last few months but now don’t have any lined up for the foreseeable future. Whenever a moderately decent band happens to be playing on one of my days off I can’t seem to resist the temptation. There are much worse things to spend my money on, I guess! 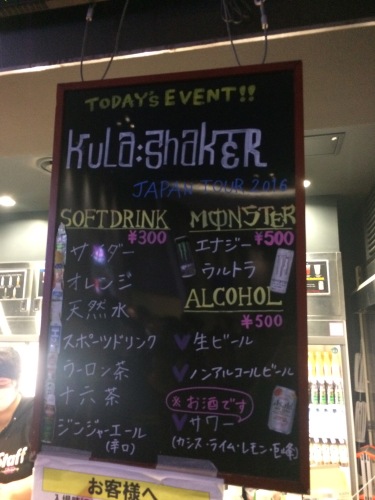 Just in case there was any doubt.

The gig would be a celebration of the band’s debut album ‘K’, which was released 20 years ago this year. It seems most of my gigs these days are 20th anniversary celebrations which I suppose says a lot about my taste in music! That said, I never really got into Kula Shaker first time round aside from ‘Govinda’ and ‘Tattva’. It was only last year that I picked up K as part of a three for a fiver deal in along with The Dandy Warhols – ‘Thirteen Tales from Urban Bohemia’ and Super Furry Animals’ ‘Guerilla’ album. Yes, I am aware it’s 2016.

I gave the album a few spins and it wasn’t too bad – although I’m reminded of the band’s existence more by the fact that ‘Hey Dude’ seems to be on a loop in The Hub as oppose to the fact I listen to them all that much! In fact, in the weeks building up to the gig I had to keep telling myself and even wrote a note to remind me to actually go.

In the end it was a good job I did go as what followed was one of the more pleasantly surprising gigs I’ve been to in recent times. 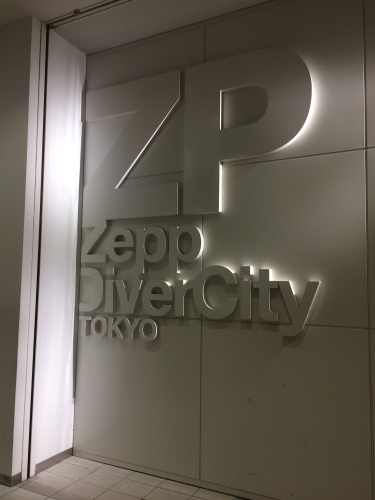 Arriving at the right Zepp, for once.

I arrived at Zepp Diver City in Odaiba around 10 minutes before the gig was due to start. The confusing thing about Odaiba is that there are two venues with very similar names – Zepp Tokyo and Zepp Diver City. After missing a substantial amount of Tame Impala’s gig at Zepp Tokyo by trying to figure out how to get into Diver City as well as assuming there’d be a support band, I’ve learnt to check all the small print on any Zepp tickets!

As a result, I often assume non-Japanese bands playing in Tokyo won’t have a support act and turn up at the advertised start time just to be on the safe side.

When the lights went down at 7pm (early, right?) I was fully expecting Kula Shaker to walk out and was a little surprised to see four Japanese blokes take to the stage instead. It turned out these guys were a band called ‘Ogre You Asshole’ (really) and they were actually really bloody good. 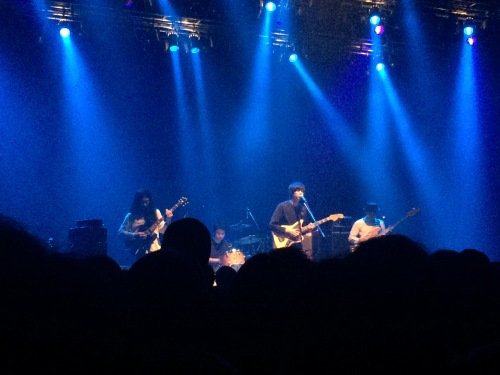 A mix of psychedelic riffs, low lighting and funky bass made for an incredibly enjoyable support slot which seemed to only last about five or six songs – much to my disappointment. A quick bit of research told me that they weren’t the young, upcoming band I thought they were, but were in fact veterans of a fair few albums! I’ll certainly be keeping an eye out for any gigs they play in Tokyo in the future.

As is customary with gigs in Japan the headline act took to the stage bang on time at 8pm. Despite this being billed as a performance of K from start to finish they actually opened with a cover of The Beatles’ ‘Sgt. Pepper’s Lonely Hearts Club Band’, with the lyrics slightly edited to make the chorus go something along the lines of “Kula Shaker’s crazy hearts club band”. It was something of a shock and it took me a minute or so to actually figure out what song it was; I can only assume the opening line of “It was 20 years ago today” had something to do with it!

Fully expecting the band to launch into Hey Dude after this, I began to doubt myself even more when they played another tune before starting with the K songs. Frontman Crispian Mills said they’d be playing the album *almost* as it was on record, with one slight change that people might notice. 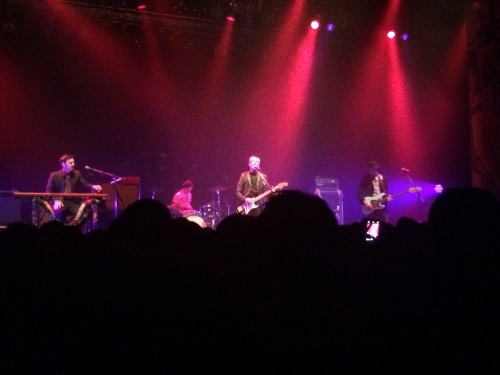 Probably the best of a very bad bunch of pictures!

Sure enough, they reeled off the first three songs of the album to a very excited audience. Many of the crowd knew every song word for word and I actually felt like I was in a minority by not being able to recite them!

The ‘slight change’ came early on in the set as they skipped right past one of the biggest hits – Govinda – and carried on with the rest of the album with no mention of it whatsoever. I know some albums are released in Japan with a slightly different tracklisting, so I thought it may not have made the final cut over here but I was proven wrong once again when they later finished the entire set with it. Unbelievably, many of the crowd sang along with that one word for word too despite the entire song being in Sanskrit! 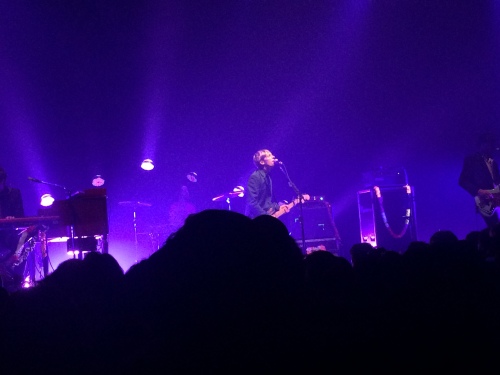 Told you the rest of the photos were crap.

As the gig went on and on I realised that my admittedly quite low expectations were being well exceeded. I didn’t expect it to be a bad gig – I just wasn’t really that excited for it. It was clear that the band were enjoying themselves, and they sounded like a real tight unit.

Having only listened to K a few times I wasn’t really that familiar with many of the songs outside of the singles, but I’ll certainly be going back and giving another listen to the latter half of the album. Most of it was completely new to me and I realised I should probably give it more of a chance off the strength of this gig!

The band briefly left the stage after finishing K and returned to play a few more songs off their later albums. I was completely in the dark from this point onwards but was surprised to find out that a song I have regularly yelled “na na na naaaaaa na na na na naaaaaa” along to in many an indie club was ‘Hush’ by, you guessed it, Kula Shaker! You learn something new every day.

One man was getting increasingly agitated behind me during this set as the band didn’t appear to be playing his favourite song, so took every moment between songs to yell “PLAY ‘PEASANTS, PIGS AND ASTRONAUTS’ MAN COME ONNNNN!” I’ll never quite understand why people do this as if the band are a jukebox ready to pander to the requests of the audience. He finally got his wish as they played it later, although having seen him barge through the audience at the end saying “Move fuckers, move bitches” I wish they hadn’t bothered. An arsehole of the highest order, I’m sure you’d agree.

As mentioned before, the 90 minute set was concluded with the hypnotic Govinda and I left Diver City with my expectations completely exceeded, and 20 years after its release, a new found appreciation of K.