After saying goodbye to Japan (through several leaving parties and gigs!) I found myself at Haneda airport awaiting a flight to Milan via Beijing. 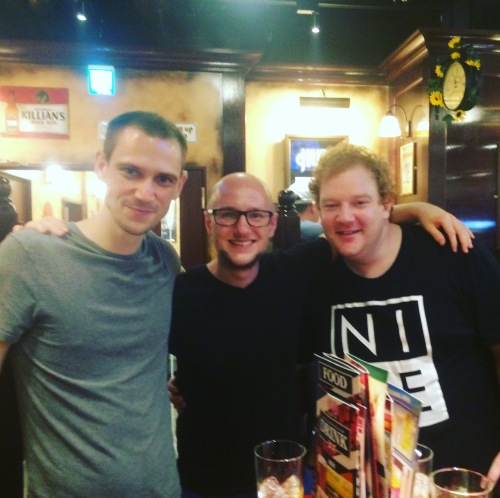 The last of many leaving celebrations!

Upon arrival at the airport I’d seen a huge group of excited females, well over 100 I would say, gathered at the arrivals terminal next to the shower room where I was heading. Sadly it seemed they were waiting for some K-pop star to land and weren’t there to wave me off but it’s all good – I couldn’t be bothered posing for loads of photos anyway.

Thanks to the hectic nature of my final three nights in Japan which included only 12 hours sleep in total and more highballs than I dare to think of, sleeping on the flight was actually a doddle. I usually don’t mind long haul flights, but there are either no good films out at the moment or Air China just avoided them. Either way, I couldn’t find a single thing I wanted to watch!

I slept through most of the three hours between Tokyo and Beijing and the large majority of the following 11 from Beijing to Milan too. The four beers I knocked back during my layover in Beijing may or may not have contributed to that. How else was I supposed to spend my leftover yen? 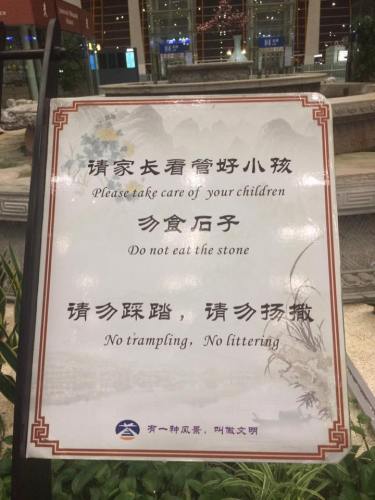 Anyway, I landed in Milan early doors on Tuesday morning and my first port of call was a local hotel near Milano Centrale station where I would be storing my massive suitcase using a service called BagBnB. I wonder where they got that name. A review may or may not be forthcoming, similar to how I may or may not be getting my bag back.

After that, my next plan was to get out of the city as quickly as possible. With the plan being to meet my mate Rick in Milan at the beginning of September for the Italian Grand Prix at Monza, I decided to save the city for when he’s here. As a result, I jumped on the next train to Verona. 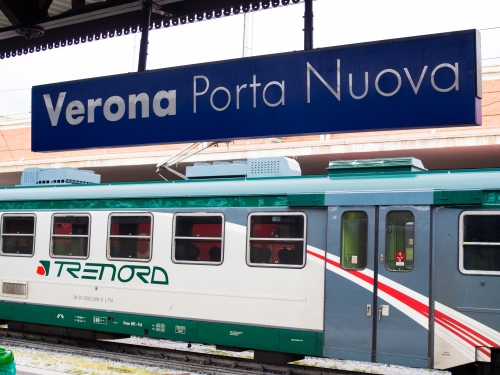 First stop on the short tour!

After dropping my stuff, freshening up and resisting temptation to fall asleep, I headed out for a spot of lunch and sightseeing. One pizza and Aperol Spritz later it was time to crack on with seeing everything Verona had to offer in one afternoon and evening.

I actually didn’t know that there was a huge Shakespeare connection in Verona or even that Romeo and Juliet was set in the city until a few weeks ago. The fact I couldn’t stand Shakespeare when I was at school and found it pointless reading books in a language barely used today probably has something to do with that! Anyway, the first stop was Casa di Giulietta, or Juliet’s House. 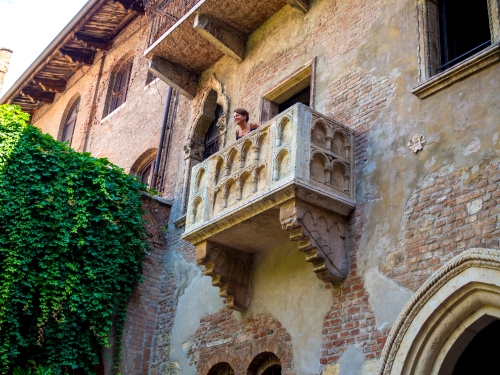 One of many Juliets!

Obviously Romeo and Juliet was a work of fiction so there’s no ‘real’ place as such where Juliet lived, but I guess this place was the inspiration as there’s a museum and a balcony which people can queue for ages to stand on while their friends down below take their picture.

The place itself was really crowded as you’d expect and after popping in for 10 minutes and taking a few pictures I was on my way again to the Piazza delle Erbe (a fairly touristy square packed with restaurants and market stalls) and the Torre dei Lamberti. As a side note, my phone automatically corrects ‘Torre’ to ‘Totti’ which should tell football fans something about my search history.

A brief break from pizza and pasta!

After some fresh fruit at the market (it’s not all pizza and pasta you know!) I headed up the Lamberti tower to get the best views of the city. I was feeling the need to burn off a few calories from the pizza (and the previous week or so!) so decided to climb up and down the 368 steps instead of taking the lift like many others did. I actually got to the top only about five seconds later than the family who bought their tickets before me and took the lift, so I was feeling pretty smug at this point!

The views from the top were great although there wasn’t really much to see once you’ve been up there a few minutes. I also happened to be up there and standing directly under the tower bell at half past the hour which gave me the shock of a lifetime!

After smugly walking to the bottom of the tower I made my way to the Ponte Pietra bridge which wasn’t really much to write home about despite the high ratings on my City Maps 2 Go app! A few quick pictures later I was on my way to Verona Cathedral. For only €2.50 you got entry to the Duomo and a free audio guide which felt like a bargain until…

Still, I’ve never been one for spending hours on end admiring architecture and the like so it gave me an excuse to quickly wander around and move on!

With the hours ticking away and my jetlag starting to kick in a little I got a move on and visited the Castelvecchio and it’s impressive bridge before winding down my packed day with a visit to the Arena.

The highlight of the Castelvecchio!

Obviously the Colosseum in Rome takes many plaudits when it comes to this type of place but Verona’s Arena really does deserve an honourable mention. It’s much more intact than the Rome equivalent and even still puts on opera shows during the summer.

This was one such night and although I arrived a little too late to go in and see the place, it was cool to see everybody dressed in their Sunday best and make their way for a night at the opera. Meanwhile I watched from afar while kicking back with a Spritz in the mega popular Piazza Bra.

It was almost time to call it a day as I was seriously flagging but there was one more thing on my list. Regular readers will know I’ll stop at nothing when it comes to eating local specialities, sometimes it’s great, sometimes not so much.

Many know Italy for its pizza and pasta but a lesser known fact is that Verona’s local speciality is horse meat. Obviously for many British people this is a shock to see on the menu (even though they’ve probably unintentionally eaten it in a burger before!) but having eaten raw horse meat a few times in Japan it wasn’t that big a deal to me.

Having passed a restaurant called Cafe Cappo earlier in the day near the Ponte Pietra and overheard an English couple talking about the dish, I earmarked this place for dinner and sure enough, there it was on the menu: braised horse meat stew with polenta!

Much tastier than it looks and sounds!

It went down an absolute treat and I honestly think if you blindfolded someone and asked them what they were eating they’d have said beef.

With a full stomach, jelly legs and rapidly closing eyes it was time to call it a night. I crashed as soon as my head hit the pillow and slept through from 11pm until about 8.30am. And to think people called me crazy for only sleeping 12 hours in my last three nights in Japan!

6 responses to “One Day in Verona”