Having missed out last year (too much to right about, or not enough?), I’m starting the new year in the same way as I did 2016 and 2015 with a review of the previous year’s travel highlights!

2017 was a year that started off with a fantastic two week holiday in Taiwan, saw me visit a lot more of Japan and perhaps surprisingly end the year with a new job in the Basque Country via a few weeks in Italy.

Without further ado, here are my top five travel highlights of 2017!

When it became clear that I’d be leaving Japan at the end of my contract in August, I still had a fair few places to visit and things to see. The city of Hiroshima, its Peace Park and Miyajima island were perhaps the top of that list. 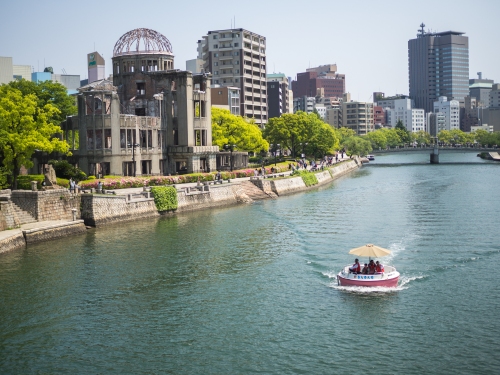 Joined by my friend Matt, it was a cracking few days of sightseeing, catch ups, beers and mountains of okonomiyaki. While many places in Japan claim to be ‘the best’ at making certain foods when in reality it’s hard to tell the difference, there’s no doubt in my mind that Hiroshima is the place to go for okonomiyaki!

4. The snow monkeys of Nagano

A slightly shorter and more impulsive trip, my mate Luke and I jumped on an overnight bus up to snowy Nagano where we visited Jigokudani Monkey Park – home of the famous snow monkeys! 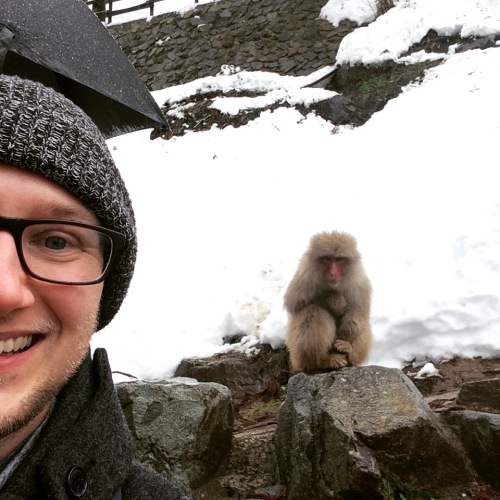 I’m not smiling, my face was just frozen in this position.

Despite being generally quite terrified of monkeys (you can’t trust them), very tired from a lack of sleep on the bus there (the whisky didn’t do its job) and incredibly cold (it was snowing heavily when we arrived) it was absolutely worth it. A great way to spend 24 hours – just don’t expect much from the ‘famous’ soba.

3. Eating my way around Hokkaido

Yet another place that needed to be ticked off the list before leaving Japan, I’d heard a lot about Hokkaido but wasn’t particularly keen to visit in winter as most do. I ended up waiting until the June holidays before going, and with the northern climate offering a lovely change from the unbearably humid Tokyo summer, it was an inspired choice!

I ended up visiting two cities – Hakodate and Sapporo – but on arrival I realised I didn’t really know what to do there. Almost every person I’d spoken to just recommended food, food and more food and for good reason; the seafood was some of the freshest I’ve ever eaten and the dancing squid was something I just couldn’t resist. 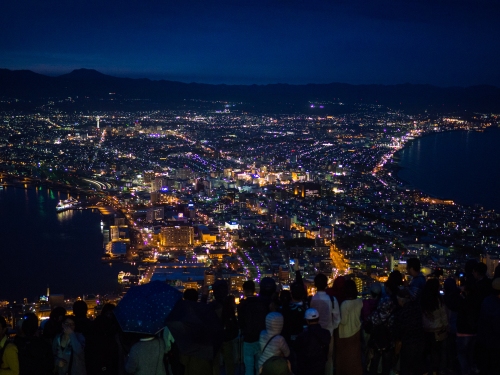 There was some sightseeing too though: the views from Mount Hakodate being the pick of the bunch. Absolutely stunning!

2. A surprise birthday celebration in Venice

Perhaps the most difficult thing I’ve ever done – how we managed to plan and keep a surprise birthday for my step dad Fred with a family spread between England, Japan, Dubai and Spain I will never know!

Worth the long flight, months of secrecy and jet lag just for this photo!

We managed though and despite suffering with awful jet lag (plus side: you get to see Venice without tourists if you go out at 6am!) this was one of the most memorable things of the year for me. Every box was ticked, fantastic food, sightseeing tours, a gondola ride – you name it, we did it!

After stringing out my journey home with a two week backpacking trip around Italy, the final stop was to be Milan where I’d meet my mate Rick for the first time in almost two years for a weekend of drinking, motor racing and football tourism at the San Siro!

The highlight of the year!

After seeing Lewis Hamilton have a bit of a shocker at Suzuka in 2016 I was hoping for a much better race this time round and he didn’t disappoint, dominating a rainy qualifying and leading the gloriously sunny race from start to finish. The perfect end to a perfect weekend!