I’ve already spoken at length about a couple of the things we did during our five days in London – namely afternoon tea and stuffing our faces with all sorts of food. These are just two of the countless things we had lined up for a five night stay in the capital; so what else was there to tick off the list?

Take a stroll down the Thames

With our hotel being very close to London Bridge, we had the perfect starting point for a nice stroll along London’s famous river. The half-hour (give or take!) walk took us along both banks, passing Shakespeare’s Globe and the Tate Gallery before we stopped to watch a number of the South Bank’s famous street performers. 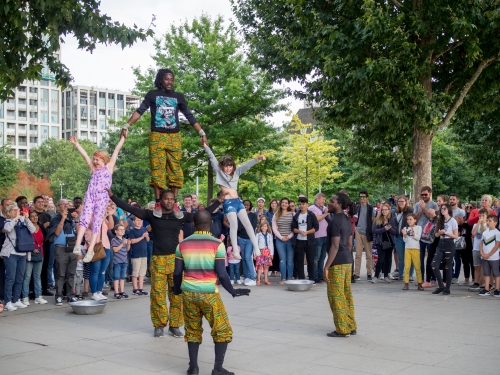 Just one of many impressive street shows down South Bank!

There’s food stalls, bars, the London Eye (more on that later) and much more to feast your eyes upon before you reach the currently scaffolded (as of August 2018!) Big Ben. I did say half an hour, but truth be told you’ll probably need at least double that.

London is famous for many things and its theatre district, the West End, is one of its most popular calling cards. With approximately 40 theatres (Wikipedia never lies, right?) putting on a number of stage plays, musicals and just about everything else, you’ll surely find a show to cater to all budgets and tastes. 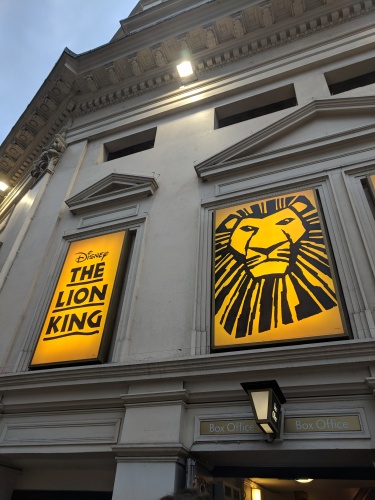 Our show of choice!

We opted for The Lion King at the Lyceum Theatre; well, I say ‘we’ but in reality I booked the tickets as a surprise. Although I didn’t expect much (I’m one of those 28 year olds who claims Disney, Marvel and everything else like that is for kids!) it was a really impressive show and I possibly enjoyed it as much as Kat.

Retro, vintage, antique or just bloody weird; if these words sound like what you look for in clothing, ornaments or just about anything else, your best chance of finding it is probably in Camden.

One of the many parts of Camden Market to lose yourself in!

Whether you want to get lost in old vinyl stores, buy a pair of kooky sunglasses or simply get a feed at one of the many food stands (did I tell you we were obsessed with food?), a visit to Camden is essential for any first-timer in ‘the big smoke’.

Get a picture at Platform 9¾

As I said above, there are many TV shows and movies that I would class as childish (I’ve had many arguments with Game of Thrones fans over this – it’s Teletubbies with sex and violence) and Harry Potter certainly falls into that category. True story: I’ve only seen an hour of the first Harry Potter film. We were watching it in the Trafford Centre and both my mum and I thought it as crap, so we went shopping. 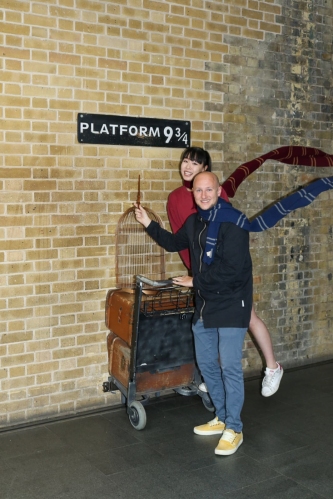 I’ll be mistaken for a Harry Potter fan if I’m not careful!

That said, the queues at King’s Cross station where the infamous Platform 9¾ is situated would suggest I might be wrong – it’s rather popular. We got there at around midday and waited around half an hour to get the all important picture (which can be purchased for about £8 along with a download code). Apparently it’s much quieter if you go at the beginning or end of the day.

From bargain hunting in the markets to aimlessly wandering around a shop where you’re completely out of your depth; a trip to the swankiest department store in London where the price tags make your eyes water is a must. 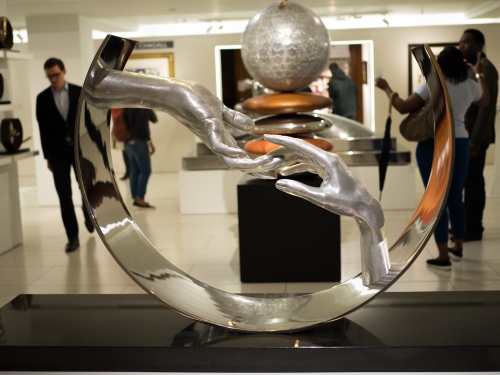 Selling everything from perfumes to caviar to cuddly kids toys and just about everything in-between over the store’s seven floors, this is the perfect place to spend a few rainy hours looking at things you’d like to buy before going on Amazon and buying them at half the cost.

Despite having been to London on numerous occasions this time round was the first time I’d ever rode the London Eye. Fun fact: when I was younger my mum and I didn’t ride it while my step dad and brothers did as I was too scared, so instead my mum (being a nurse) decided this would be a fun time to explore the nearby hospital. I regretted my choice fairly quickly. 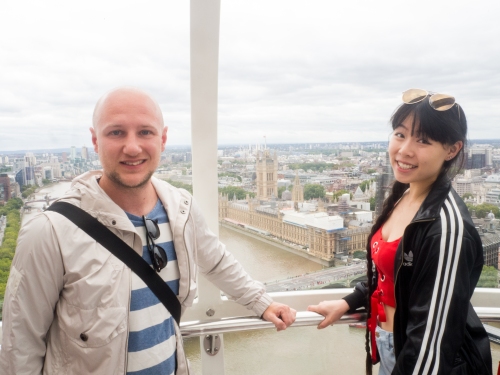 Anyway, this was rectified this time round and we chose perhaps the clearest day of the entire trip for it; which was a good job as it was our last day. It’s not cheap at £27 each for about half an hour, but the views are decent and it’s something to tick off the list.

Arrive early to avoid crowds; we got there around 10.30am (it opens at 10am) and we got on within 20 minutes. By the time we got off the queues were considerably bigger!

Eat at a food market or three

Ok, more food but this one is a little more specific. There are a number of food markets around London and it seems more are popping up on a weekly basis. There’s the famous Borough Market just off the aforementioned South Bank, but to escape the crowds you’d be better heading a little further away. 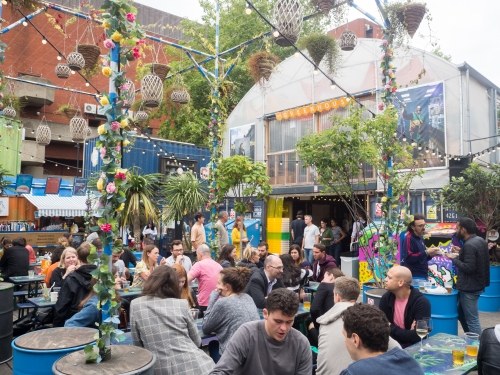 Pop Brixton: My pick of the food markets!

There’s the indoor Mercato Metropolitano, with a seemingly never-ending offering of stalls serving up everything from Japanese to Italian plus much more. In the end we settled for sharing a Venezuelan arepa stuffed with pork, crackling, goats cheese and coriander as we’d already had a Sunday roast and a dessert. 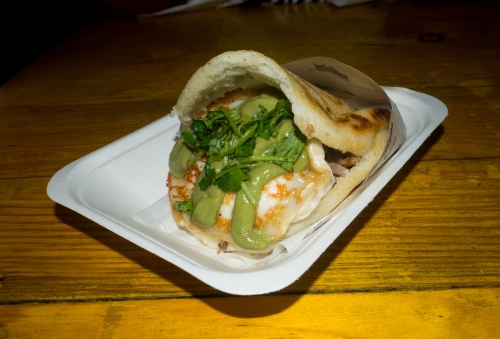 We forced this down despite being absolutely stuffed!

My personal pick however was Pop Brixton. Not only is it cooly constructed from old shipping containers, but the food we sampled was some of the best of the trip. We had a raclette galette from a French crepe stall before rounding it off with a portion of churros. Lovely stuff. 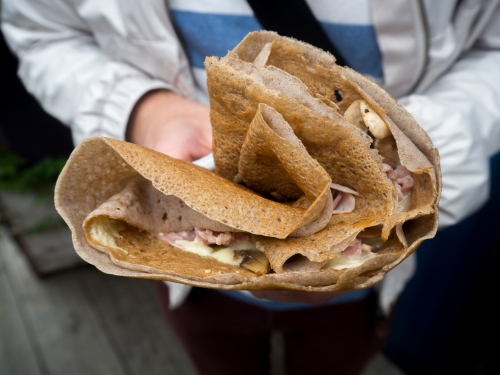 You didn’t think I’d get all the way through this without mentioning food, did you?