4.34pm on a Saturday afternoon. I’ve just got on board the Jayantika Express train from Dhaka to Sreemangal.

I befriended a few people at the station who helped me on my way, and once I was on board a member of staff showed me to my seat and off we went…

The semi-organised chaos of a Bangladeshi train station.

It seems that’s just the way things roll in Bangladesh. No real information, just go with the flow and be happy when things go right, if at all. It was all going so smoothly too.

I’d gone to Biman Bandar station a couple of days in advance and been helped along the way by just about everybody I crossed paths with. I asked a man which line to join to get a ticket to Sreemangal and he pointed me in the right direction. I’d even been rather awkwardly ushered to the front of the queue and given priority service in order to get my ticket as quickly as possible.

I actually bought a ticket to Sylhet, as there is more availability in the shovon chair carriage than if you ask for Sreemangal. Go figure.

320 taka (£2.90) for a shovon chair seat. Nothing fancy, no first class or AC for me! It was the middle of winter, after all. Still, an absolute bargain for a seat on a packed train for the supposed four(ish) hour journey.

I arrived at the station in good time. Despite the fact that schedules are seemingly followed very loosely here, it never hurts to be early especially when considering the roads. As it happened, I had another Ronnie Pickering wannabe behind the wheel this time as my driver picked a fight with someone from the window of his car for having the audacity to exist on the same piece of road as his car. Not quite as scary as the fella who drove me back from the football, but not ideal.

No ticket? No problem.

In the station I was largely reliant on the help of locals with varying degrees of English, seeing as everything (including numbers) was written in Bengali. Naturally, the international language of tea and cricket got me through. Trains came and went, and finally it was time for my train. 11.42am rolled around and there was no sign. No worries, stuff doesn’t exactly work on a strict schedule around here. 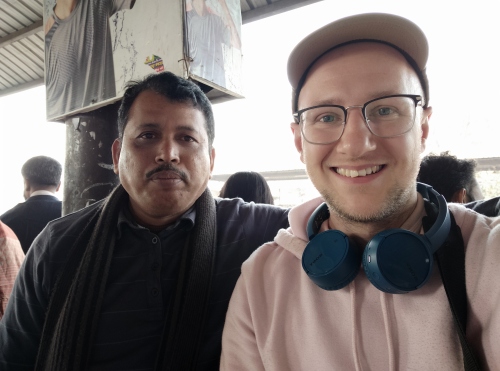 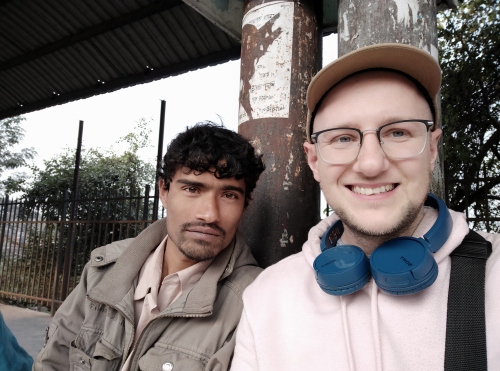 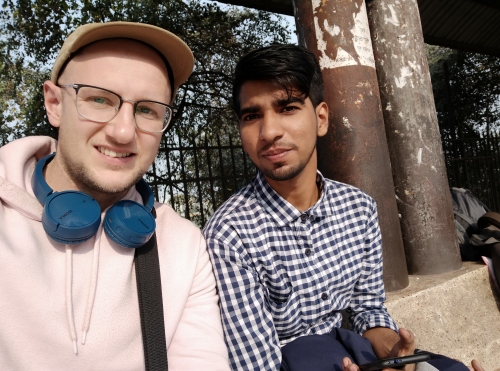 Word came around that the train would be arriving at 1pm. Not ideal, but not the end of the world. 1pm became 2pm, 2 became 4, and eventually around 4.30pm the Jayantika Express rolled into town.

Surely from that point onwards it would all be plain sailing, right? Well, not exactly. 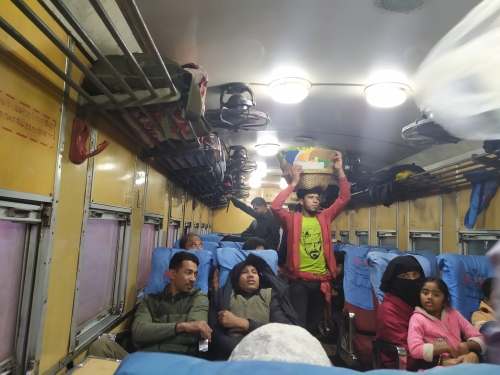 There was nothing I wanted to do more than just put my headphones on, listen to a podcast and stare into space. Easier said than done when you’re the only foreigner on the train. Now I’m not criticising the locals here, but when someone has their headphones on and their eyes closed, now is probably not the time to ask them where they’re from, if they’re married and whether they like your religion.

When they answer you and then put their headphones back on, that’s also probably not the time to ask another question. If I sound like I was being arsey here that really wasn’t my intention, but after six hours of standing on a platform answering the same questions and posing for selfies, I really just needed a few hours to myself!

Couldn’t help sampling a bit of the on-board cuisine! 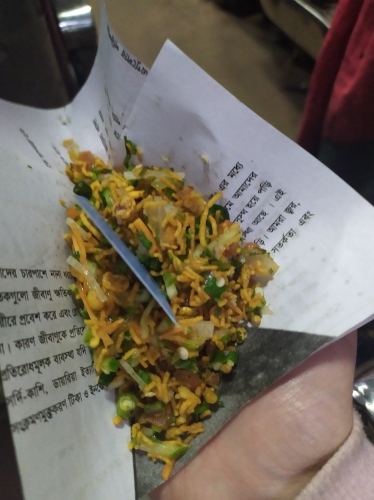 Essentially Bombay mix with some fresh ingredients, all served on a piece of newspaper with a cardboard square for a spoon. Resourceful!

I was finally getting the solitude I craved when the most bizarre thing of my entire trip happened, and I don’t make that claim boldly.

I opened my eyes to notice the man who had been peppering me with questions was chatting away to two ladies stood in the aisle. My initial thoughts were something along the lines of ‘what a playboy!’

I took my headphones off and my thoughts quickly changed to ‘errrr, these are men.’

Their attentions soon turned to me, as they both held out their hands and one of them rather aggressively said ‘Give me all your taka (money)’. Confused and tired, I had no idea what to do. Was I being robbed? Was this an extra charge I hadn’t been told about? The guy in the seat across from me kept telling me there was no problem, he tried to give them some money but they specifically wanted mine.

Never a dull moment, although at this point I wouldn’t have minded one. The guy in the middle came to my rescue though, so I guess I owe him one!

A northern man and his money are not easily parted however, and I won this particular battle of wits! They took the other guy’s cash, aggressively muttered something in my direction and set about hustling the rest of the carriage. People were throwing 10 taka in their direction just to keep them away, it seemed a bit like cabaret but to this day I’m still unsure!

Thankfully, that was as eventful as the journey got. The train trundled on into the hills and I arrived in Sreemangal a good five hours later than advertised with an empty stomach, my money still intact and – most importantly – a good story to tell about almost being hustled by a couple of transgender ladies. Isn’t that what travelling’s all about?

4 responses to “Delays, Demands and Much Disturbance: Dhaka to Sreemangal by Train”